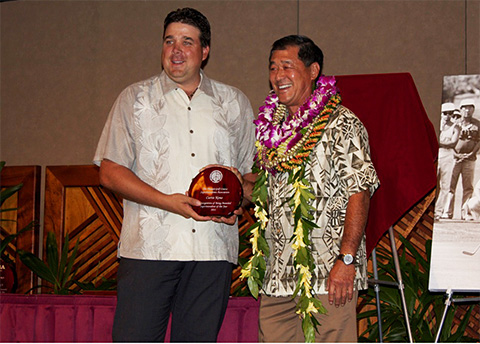 Curtis graduated from UH with a degree in Horticulture. Curtis started at Honolulu CC in 1977 followed by assignments at Kiahuna in 1982; Poipu Bay in 1989; Kauai Lagoons in 1987 and 1991; Bay View in 1995 and Oahu CC from 1997 to present. Curtis has hosted the PGA Grand Slam @ Poipu, Manoa Cup, OCC Invitational and Hawaii State Amateur Championships at Oahu CC. Curtis has been a volunteer crew member at the Masters, Augusta National, Open Championship at Royal Birkdale and U.S. Open at Shinnecock. Curtis was the Hawaii State Junior Match Play Champion in 1968, Manoa cup Champion in 1987 and multiple winner of the HGCSA Annual Tournament. 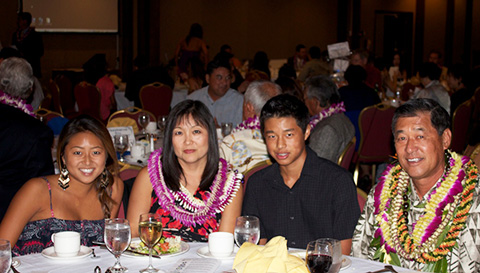 Curtis was awarded superintendent of the year for 2011 at the Hoo’lau’lea Golf Awards Banquet. Congratulations to Curtis for a job well done. We are proud of him for his many accomplishments as a fellow superintendent of Hawaii. 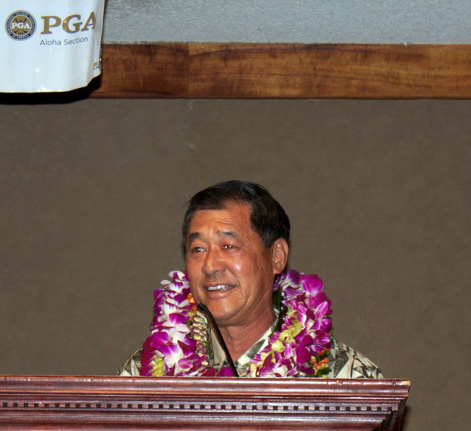